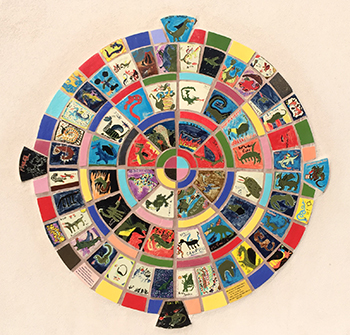 We have been given a rare gift. In the Fall of 2016 we began teaching in three village schools of the Española Valley school district. To see why it is such a gift requires stepping back from the immediacy of 21st century America.

Northern New Mexico is a rare jewel on this planet. You have to see it and feel it to begin to know just how extraordinary it is. And yet, many miss it. It does not yield to hostile or opportunistic brains. It is a powerful maternal land. It has a different rhythm, long and slow…ancient…soft, yet potent. Anthropologists have called the Rio Grande “the Nile of the Southwest” because of its rich and ancient pre-Columbian living heritage. Like so many of the special places of this Earth, it defies mediocrity. If you’re open to it, it provides a nourishment that originates beyond the stars. 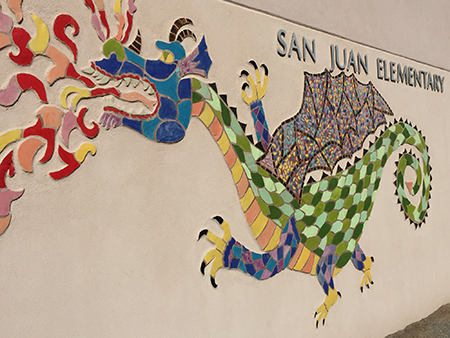 One of the schools we’ve had the privilege to work in is San Juan Elementary. It’s in the village of Ohkay Owingeh, previously known as San Juan Pueblo. This is the birth place of the Pueblo Revolt of 1680, which is the only successful revolt of indigenous Americans against European colonization…ever! So there is something very powerful and protective about this land….like a mother for her young. In fact, Ohkay Owingeh means ‘place of the strong people’.

Española is the main commercial center in a region dotted with dozens of 300 to 400 year old Hispanic villages and the eight northern Pueblos of the Rio Grande Valley. On the surface, the city seems like a patchwork of neglected ’70s era strip malls, but there are hidden jewels here. Stunning Native American and Chicano themed murals leap off the walls around street corners reflecting a rich heritage. Española cannot be pinned down like the Lowrider culture that originates here. New Mexican Catholicism, Pueblo syncretic religion and the Crypto-Jews of New Mexico are all part of an extraordinarily beautiful and unique weave.

The area is also rife with the problems intrinsic to poor and marginalized ‘minority’ culture in America. Too many of the children we work with are in the protective custody of the state. Crime, domestic violence, drug and alcohol abuse rip families apart. Some of the children act out in violent and maladaptive behavior. You can feel the pain in the hearts of many mothers and fathers here. 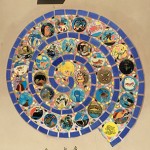 Still, hope prevails. It’s a matter of living in two worlds at once. These folks have deep roots. They are rooted in traditions and sustainable ways of life that go back 400 years with the Hispanic, Navajo and Apache…and many thousand years more with the Towa, Hopi, Keres and Zuni peoples. The problems of 21st century culture are regarded as misguided adolescent behavior by an enduring ancient elder human community present here.

It is ironic that the people who have successfully cared for this land we call America and for each other from between 400 and 12,000 years are marginalized by a mostly exploitative, juvenile consumer culture called American.

It is the children, the hope and heartbeat of the future, that we speak of here. They are held with deep reverence and care by their communities, belonging to something ancient, defiant, true and strong.

Last night, Winter Solstice night, 2016, we performed with two Kindergarten classes on the Pueblo. It is such an honor for us. We’ve hoped many years, with deep respect, for an invitation, an opening into these communities. Now it has come. We have been entrusted with the care and teaching of the younger members of the tribe.

Each of our thematic programs goes for 12 weeks, culminating with a performance for the school and parents. At San Juan Elementary this took on a whole new dimension. The school gym was packed with parents, aunts, uncles, grandparents and children of all ages… There was barely space to sit down. But they all crowded in and made themselves cozy, “like Southwest Airlines”, the principal said. 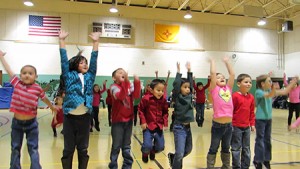 First came our performance. Our little ones shone! They were so proud and beautiful. It was a celebration of various themes including numbers, animals, the seasons and the water cycle. It concluded with the song Farolito Farolito, which touches the wonder and magic of the winter solstice/Christmas/Hannukah lights. Very special it was.

Then came the giant puppets, stilts, juggling and gymnastic performance orchestrated by the Peñasco Theater Collective, who are amazing teaching artists also working in this unique circumstance. Then came the Tewa Dancers from the village. Wow! Suddenly, Solstice night became a celebration of a different order. After their Buffalo Dance with traditional singing and drumming, the audience was invited to come out and do a grand circle dance that spiraled around the singers. Peace came through.

For us, this last semester’s work has been a kind of inoculation. We have been properly introduced and brought into what we regard as a sacred trust. Our job is to provide a living arts toolkit and vibrant ways of learning so that these young lives, the hope and heartbeat of the future can meet the future with confidence, character and natural human versatility.

We teach the children how to bow at the end of a show, but not in subservience or obsequiousness, with eyes down. We show them to bow with their eyes forward, making connection with honor, as proud members of the greater human tribe.