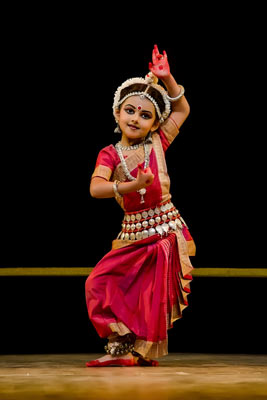 Bilingual teaching environments serve as brilliant neurolinguistics laboratories. We’ve been astounded again and again by the phenomenon of accelerated language transference and enhanced learning through the conductive media of music, song, story, dance and movement theater.

It should be no surprise. Here’s a sprinkling of language formation facts:

Language formation begins inside the womb. Imagine what it’s like in there. We form up immersed in a warm and soft, fluid, undulating, salt watery, electrically conductive amniotic environment where the sensations of sound, touch and movement are amplified and charged.

The mother’s steady heartbeat is omnipresent within this gently swooshing, pulsing ocean-like atmosphere. It is never still nor silent. The baby is being continually massaged by the movements and sounds of the mother’s internal environment. The song and cadence, tone and texture of the mother’s voice is an intrinsic presence.

In this incredibly fertile and conductive underwater environment language and cognition begin to organically develop. As the baby develops in the womb, the brain is already recognizing, matching, synthesizing and assimilating subtle patterns, syntax, contrasts, tonality, texture, similarities etc…through the mother. And these multiple electrical stimuli trigger and dispatch genetic instructions.

The wonders of language formation and brain development go hand in hand.

Human language generation and our perception of the world are intimately and reciprocally linked. Language designation, modes of communication and how we perceive the world go hand in hand:

Children of some Amazonian tribes are not only able to identify thousands of native plants, insects and animals, their classification stretches to marvelous subtle details about the personality and behaviour of each organism! Children of African descent living in the Barlovento region of Venezuela are able to dance and drum dozens of highly syncopated ensemble rhythms each one named and characterized. Polynesian Islanders read and interpret the ever changing map of ocean water wave and wind patterns with remarkable subtle detail. Combined with celestial navigation, their lexicon of navigation reveals an elegant science more accurate and encompassing than the most sophisticated modern meteorological models. The examples go on and on. 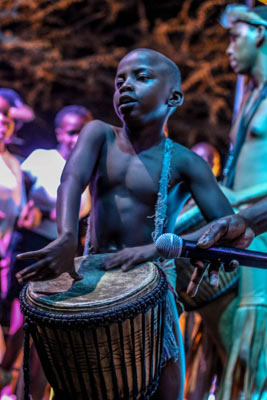 The brain’s neuro-linguistic pathways are created by the context, nature, frequency and content of their designation and usage. That’s why bi-lingual language learning happens best by both artful, rhythmic call and response translation and immersion. Youthful, nimble minds are capable of doing both seamlessly.

The immersion part is where a mind is guided into the fertile (not sterile) use of the ‘foreign’ language in all its richness, artistry, humour and humanity.

There is a marvelous threshold moment when the brain does not go to its native language circuitry and begins to connect and communicate inside the new language formation. That threshold transition comes much sooner in the enhanced environment of rhythmic music, song, story and movement theater.

In Israel, summer of 2016, we were invited to do what we do in a special summer camp setting with children ages 4 through 14. We worked there for 12 days doing rhythm and movement work of various kinds, music, song, storytelling and dance.

In the first 7 days, we required a translator, because the majority of these children are native Hebrew speakers with limited exposure to English. We had several different translators, some of whom really caught the rhythm, context and feeling of what we were doing. The back and forth call and response of bi-lingual translation is an art form in itself.

But around Day 7, we hit a kind of immersion threshold. We noticed the children didn’t need a translator, except to fill in a few ‘blank spots’. There’s a lot of contextual non-verbal communication in what we do – movement, sound, body humour, rhythm work, melody, many kinds of dance, mime… But there was something more to this shift.

These sessions had become so conductive that we could also understand Hebrew, not generally, but situationally. It was as if we all passed through a threshold together. The next few days were a celebration of a new level of communication that was not expected.

In Northern New Mexico, we teach many English to Spanish call and response songs. As with Israel, we also throw in a very catchy African call and response song. The discipline is not to get caught up in having to translate every word, every meaning. Human language originates from the same source for everyone… Nimble minds catch the meaning through other than our front brain faculties. After six to seven weeks in a twelve week program, the children begin to seamlessly navigate between languages.

This is the wonder of accelerated language transference through meaningful song, rhythm, movement and storytelling theater. It is all about working with the natural intelligence of human beings as a principal approach to learning.

This methodology requires both artful bilingual call and response translation as well as a deep trust in what happens through immersion in the fertile context of our shared humanity.